Find this article at:
go.ncsu.edu/readext?656925
— Written By Allyson Farmer 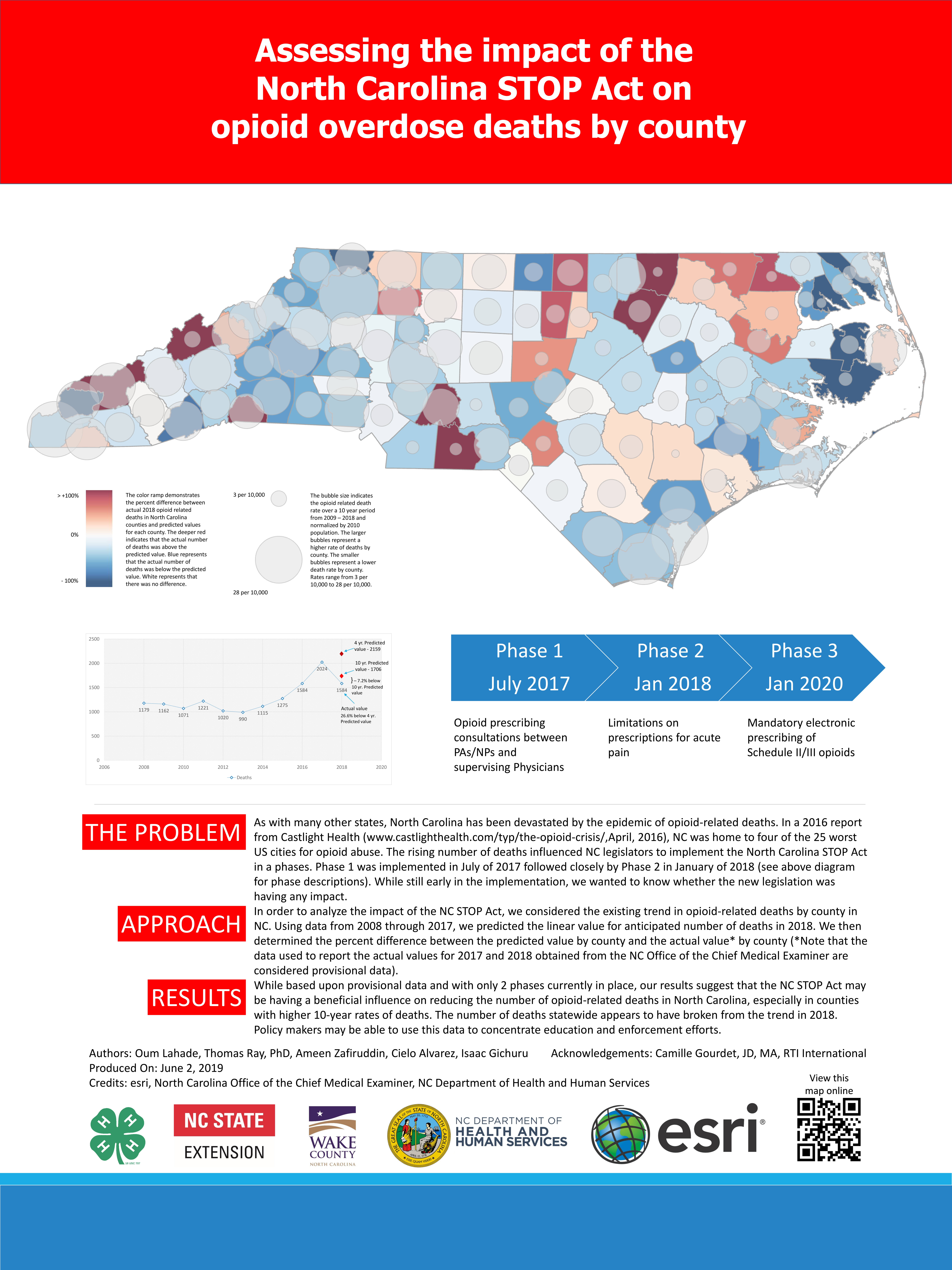 As with many other states, North Carolina has been devastated by the epidemic of opioid-related deaths. In a 2016 report from Castlight Health (The Opioid Crisis, April 2016), NC was home to four of the 25 worst US cities for opioid abuse. The rising number of deaths influenced NC legislators to implement the North Carolina STOP Act in phases. Phase 1 was implemented in July of 2017 followed closely by Phase 2 in January of 2018 (see above diagram for phase descriptions). While still early in the implementation, we wanted to know whether the new legislation was having any impact.

In order to analyze the impact of the NC STOP Act, we considered the existing trend in opioid-related deaths by county in NC. Using data from 2008 through 2017, we predicted the linear value for the anticipated number of deaths in 2018. We then
determined the percent difference between the predicted value by county and the actual value* by county (*Note that the data used to report the actual values for 2017 and 2018 obtained from the NC Office of the Chief Medical Examiner are
considered provisional data). While based upon provisional data and with only 2 phases currently in place, our results suggest that the NC STOP Act may
be having a beneficial influence on reducing the number of opioid-related deaths in North Carolina, especially in counties with higher 10-year rates of deaths. The number of deaths statewide appears to have broken from the trend in 2018.
Policymakers may be able to use this data to concentrate on education and enforcement efforts.